In a world where everything seems to be driven by tech and the ‘I WANT IT NOW’ culture, it seems fitting to pause, take a breath and tip our hat to a man who passed away last week. A man whom the youth of today probably don’t even give a second thought too. Yet, utilise his genius discovery on a daily basis in the workplace.

Where would we be without Larry Tesler? Let me tell you. You’d be typing. A lot. Or doing double, nay, triple the work you’d have to!

Mr Tesler started working in Silicon Valley in the early 1960s, at a time when computers were inaccessible to the vast majority of people. It was thanks to his innovations – which included the “cut”, “copy” and “paste” commands – that the personal computer became simple to learn and use.*

It was this tool that has made almost every computer-using human a ‘copy and paste’ animal. We all do it. We all need it. But how does duplicity or ‘copying’ affect our creative mind?

I guess I come from a bit of the old school creative approach where I prefer to scribble and doodle my ideas in a strategic way before even touching the magic keyboard or mouse. Make sure the idea makes sense. The concept of originality in the world we live in becomes increasingly more difficult as time goes on, you only have to google your idea or a ‘word’ and you can instantly be bombarded with a global pummelling of visual representations. Which in turn, you can copy and paste. It sometimes feels apparent that there is no such thing as a new idea, but that doesn’t mean you’ve copied it.

I guess the best approach is to keep thinking for ourselves. Keep trying. Keep pushing the creative envelope. Keep creating. I mean, if Larry didn’t do that, we might just be stuck with a whole load of copied stuff and nowhere to paste it!

*P.s. I copied and pasted this part from an article on bbc.com

We've Done It All Before: How We Made Working From Home Work For Us 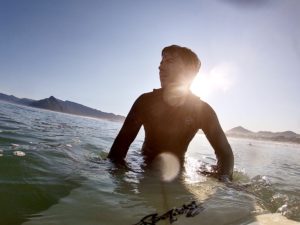 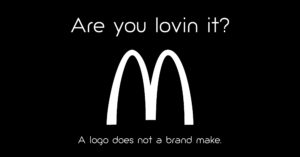 A Logo Does Not a Brand Make

We’ve Done It All Before: How We Made Working From Home Work For Us

Comments are closed for this article!

Please visit https://sacoronavirus.co.za/ to see the public information related to the national effort to combat the spread of Covid-19. Click here.